In March 2021, Mandiant Managed Defense identified three zero-day vulnerabilities in SonicWall’s Email Security (ES) product that were being exploited in the wild. These vulnerabilities were executed in conjunction to obtain administrative access and code execution on a SonicWall ES device. The adversary leveraged these vulnerabilities, with intimate knowledge of the SonicWall application, to install a backdoor, access files and emails, and move laterally into the victim organization’s network.

The vulnerabilities are being tracked in the following CVEs:

Mandiant has been coordinating with the SonicWall Product Security and Incident Response Team (PSIRT) for the responsible disclosure of this information. SonicWall advises all customers and partners to upgrade to the 10.0.9.6173 Hotfix for Windows users, and the 10.0.9.6177 Hotfix for hardware and ESXi virtual appliance users. SonicWall Hosted Email Security product was automatically updated for all customers and no additional action is required for patching purposes. The hotfixes will also be superseded by the upcoming SonicWall ES 10.0.10 release.

More information can be found by visiting the KB article published by SonicWall.

All patches, upgrades, and hotfixes are available to download on the MySonicWall site. 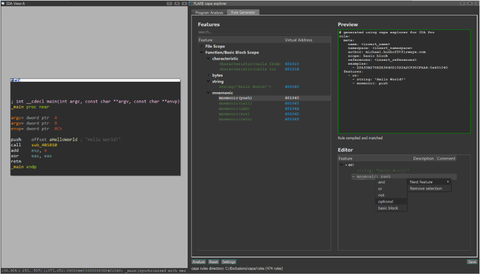 SonicWall Email Security (ES) is an email security solution that “provides comprehensive inbound and outbound protection, and defends against advanced email-borne threats such as ransomware, zero-day threats, spear phishing and business email compromise (BEC).” The solution can be deployed as a physical appliance, virtual appliance, software installation, or a hosted SaaS solution.

Like many appliances, the solution provides a rich, web-accessible administrative interface that serves as the main avenue for product configuration. Depending on the customer’s deployment method, this software is potentially capable of running under Windows or Unix because it heavily leverages OS-independent Apache Tomcat and Java. While the solution doesn’t require that this interface be exposed to the internet, internet-wide scanning shows approximately 700 publicly reachable interfaces.

The system was quickly identified as a SonicWall Email Security (ES) application running on a standard Windows Server 2012 installation. The adversary-installed web shell was being served through the HTTPS-enabled Apache Tomcat web server bundled with SonicWall ES. Due to the web shell being served in the application’s bundled web server, we immediately suspected the compromise was associated with the SonicWall ES application itself.

When we contacted the customer, we learned that the installation of SonicWall ES was the latest version available for download (10.0.9) and that there was no publicly available information pertaining to vulnerabilities or in-the-wild exploitation. To determine if a potential application-level vulnerability was exploited to install the web shell, Mandiant collected endpoint telemetry data.

We soon identified post-exploitation activity aimed at destroying evidence on the system, executed in the context of the web shell. The adversary executed the following command, shortly after installing the web shell:

This command deleted the most recent application-level log entries recorded by the SonicWall ES web application. While clearing log files is a standard anti-forensics technique, understanding the location of internal log files generated by applications is usually overlooked by most spray-and-pray attackers. This added fuel to our suspicion that we were dealing with an adversary who had intimate knowledge of how the SonicWall ES application worked.

Fortunately for us, additional log files and a previously created virtual server snapshot provided enough evidence to track down the vulnerabilities and the adversary’s activities on the host.

Figure 4: A redacted example of the vulnerable endpoint associated with arbitrary user creation

Requests to this form, however, were not verified to require previous authentication to the appliance.

Like many enterprise products with a web-based user interface, SonicWall Email Security includes a feature known as "branding" which gives administrators the ability to customize and add certain assets to the interface, such as company logos. These branding assets are managed via packages, and new packages can be created by uploading ZIP archives containing custom text, image files, and layout settings. A lack of file validation can enable an adversary to upload arbitrary files, including executable code, such as web shells.

Once uploaded, these branding package ZIP archives are normally expanded and saved to the <SonicWall ES install path>\data\branding directory. However, an adversary could place malicious files in arbitrary locations, such as a web accessible Apache Tomcat directory, by crafting a ZIP archive containing a file within a sequence of directory traversal notations such as in Figure 5. 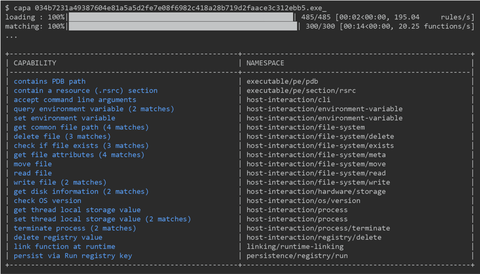 It is important to note that the lack of validation which enables Zip Slip attacks is not unique to SonicWall Email Security. As detailed in Snyk's research on the topic, they exist within the many code libraries from which applications have been built.

Mandiant confirmed another post-authentication vulnerability in the administrative panel’s built-in "branding" feature which allowed an adversary to retrieve arbitrary files from the host by sending crafted HTTP GET requests to a particular resource. Figure 6 demonstrates the formatting of such request.

Figure 6: An example web request which results in downloading the Windows calculator

While the working directory of this branding feature is <SonicWall ES install path>\data\updates, a directory-traversal vulnerability allows an adversary to access files located outside of this directory. As the Apache Tomcat webserver handling this request is operating as the NT AUTHORITY\SYSTEM account, any file on the operating system can be accessed.

Combinations of all three exploits were leveraged interchangeably by the adversary to perform the following actions:

These files contained details about existing accounts as well as Active Directory credentials used by the application.

BEHINDER is a publicly available, multi-platform web shell that accepts encrypted command and control (C2) communications. In principle, BEHINDER operates similarly to CHINA CHOPPER, a popular web shell that has been previously detailed by FireEye. Like CHINA CHOPPER, an adversary operates a client-side application to pass commands to the web shell within the body of HTTP requests. As the core functionality of the backdoor is contained within the client-side application, BEHINDER—much like CHINA CHOPPER—has the added benefit of being small, with the variant observed in this investigation weighing in at less than 1 kilobyte (Figure 8). 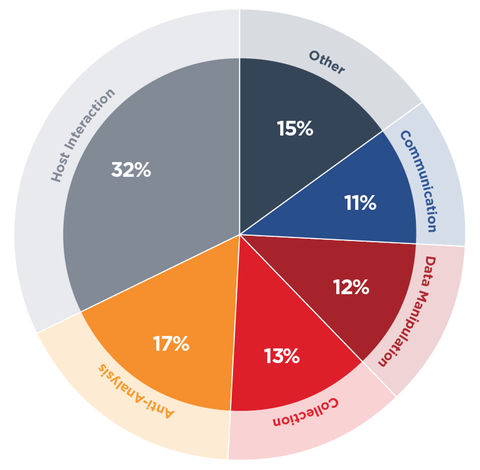 Figure 8: The BEHINDER web shell observed by Mandiant, which executes AES encrypted and base64 encoded commands

With the addition of a web shell to the server, the adversary had unrestricted access to the command prompt, with the inherited permissions of the NT AUTHORITY\SYSTEM account.

After clearing the SonicWall application “webui.json” log file, the adversary escalated their attack to credential harvesting in preparation of moving laterally into the victim's network. The adversary relied on “living off the land” techniques rather than bringing their own tools into the environment, which often has the benefit of potentially avoiding detections from a security product.

We observed the adversary executing the reg save command to dump the HKLM\SAM, HKLM\SYSTEM, and HKLM\SECURITY registry hives, which contain vital information in recovering password hashes and LSA secrets. Additionally, the adversary obtained in-memory sensitive credentials through the use of built-in memory dumping techniques. The adversary was observed invoking the MiniDump export of the Windows DLL comsvcs.dll to dump both the process memory for lsass.exe and the running instance of Apache Tomcat as seen in Figure 9.

Mandiant typically observes adversaries employing short and easy-to-type filenames during their operations, simply for efficiency. As such, the aforementioned filenames initially stood out as being peculiar, as a mix of case and symbols would require more effort to type than is often necessary. While this could always be indicative of a tool being used, the slight variations between the two commands—the absence of a comma before the DLL export and the uppercase C:\ drive in the second—suggest that they were manually typed. Considering that the C:\Windows\Temp\ directory on a Windows host also normally contains numerous similarly named temporary files, the adversary was likely taking extra care to evade suspicion should the activity reach the screen of a security analyst.

Continuing their effort to live off the land as much as possible, the adversary located a copy of the archiving utility 7-Zip already present on the host and used it to compress a subdirectory of <SonicWall ES install path>\data\archive\. This directory contains daily archives of emails processed by SonicWall ES—again demonstrating the adversary’s familiarity with the application.

After a several-day lull in activity, the adversary returned to the host, presumably after working to recover passwords from the registry hives and process memory that was dumped earlier. At the time of activity, the victim organization was using the same local Administrator password across multiple hosts in their domain, which provided the adversary an easy opportunity to move laterally under the context of this account—highlighting the value of randomizing passwords to built-in Windows accounts on each host within a domain.

Mandiant currently tracks this activity as UNC2682. Ultimately, Mandiant prevented UNC2682 from completing their mission so their objectives of the attack currently remain unknown.

Each investigation conducted by Mandiant includes analysts from our Advanced Practices team who work to correlate activity observed in the thousands of investigations that Mandiant responds to. At times, we do not have the data available to directly attribute intrusion activity to a previously known group. In these cases, we create a new UNC group to track the activity that we observed. An UNC group is a cluster of related cyber intrusion activity, which includes observable artifacts such as adversary infrastructure, tools, and tradecraft, that we are not yet ready to give a classification such as APT or FIN.

Evidence of malicious web requests and their values may be identifiable in the following log files:

Evidence of unauthorized modifications to SonicWall configuration settings can be confirmed in the following files:

FireEye detects this activity across our platforms. The following contains specific detection names that provide an indicator of SonicWall ES exploitation or post-exploitation activities associated with this adversary.

Mandiant disclosed the vulnerabilities CVE-2021-20021 and CVE-2021-20022 to SonicWall Product Security Incident Response Team (PSIRT) on March 26, 2021. The vulnerabilities were acknowledged and validated on March 29, 2021 and a hotfix became available on April 9, 2021. The patch was communicated to impacted SonicWall customers and partners on April 9, 2021.

Mandiant disclosed the vulnerability CVE-2021-20023 to SonicWall PSIRT on April 6, 2021. The vulnerability was acknowledged and validated on April 9, 2021 and a patch became available April 19.